Minecraft has been existing for over a decade and is still loved and supported by players worldwide. Since its introduction in 2011, many game versions have been introduced with different contents and game mechanics. The game was even copied by other gaming companies for its unique gameplay, concept, and its famous 3D block 8-bit-like graphics.

What makes Minecraft more amazing is the introduction of non-playable creatures  in the world where players explore called Mobile Entities. Mobile Entities or Mobs are living creatures that interact with players in the dimensions of Minecraft. Like the player, they are affected by environmental hazards and physics. In this article, we’ll tackle a small category of Minecraft Mobs, the Equid Mobs, Bovid, and Utility Mobs. We’ll explain each category and its relevance to the game. Not only that, you’ll get to know a few examples for each type and share with you some tips in interacting with them. Read on!

Equidae animals are animals belonging to the Horse family. This includes horses in general, donkeys, zebras, mules, hinny, onagers, and others. Minecraft introduced a few Mobs belonging to the Equid family group. In this section, we’ll focus on the two common Equidae Mobs in Minecraft: the Horse and the Donkey Mob. 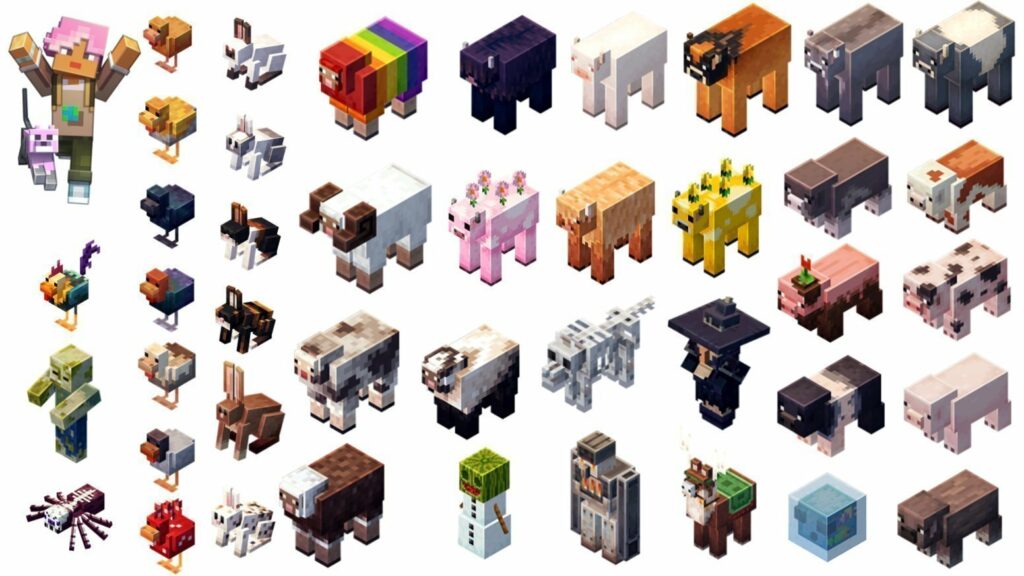 Horses were the oldest animals that humans tamed to help them in a variety of tasks— both in-game and in real life. In Minecraft, Horses are used as a mode of transportation by mounting. They spawn in grassy plains and savannas in groups of 2 to 6. Horses belong to the Passive Mobs category in Minecraft but does not tend to run away when provoked or attacked. How to Tame a Minecraft Horse

Horses roam the fields freely and can be seen eating up patches of grass. Players need a tamed horse to breed it or use it as a controllable mount. To tame it, simply approach the horse and interact with it without any equipment on hand. The horse will attempt to buck off the player to dismount them in their back. Keep repeating this process until the horse stops bucking.

The chance of taming the horse with lesser attempts varies differently for each horse. When a horse is tamed, hearts appear above the horse.

Players may breed horses in their area instead of taming them one by one. To do this, players need a few items: a bunch of golden apples or golden carrots, a pair of horse, and an area where to breed. To start with, simply feed both horses with either golden apples or golden carrots to activate their love mode. In love mode, the two horses will mate and will eventually produce a baby horse, or a foal. The variation and fur color of the parent horses will dictate the offspring’s appearance.

Players can freely ride and control a tamed horse. To do this, a horse should be saddled. Players can do this by simply accessing the horse inventory and equipping a saddle to the horse’s saddle slot. Players can also equip horse armors in the Horse Armor Slot.

Once ridden, players can control the direction to where the horse will go. A mounted player will move faster compared with walking and running. Players can use items while riding a horse and may control the horse to jump.

Ever heard of an undead horse that players can tame and use? Minecraft also introduced this kind of horse known as the Skeleton Horse. The Skeleton Horse is an undead version of a common horse. They spawn rarely and with certain conditions. First, a horse should be left on an open field during a thunderstorm. If a lightning strikes a horse, the horse becomes a Skeleton Trap Horse unable to move from its position where the lightning hit. When players approach the skeleton trap horse within 10 blocks, it triggers and transforms the trap horse into a Skeleton Horseman.

A skeleton horseman is a hostile mob that will aggressively attack the player at a distance. It is equipped with an iron helmet and enchanted bow and rides a skeleton horse. Killing the skeleton rider will leave the skeleton horse as a passive tamed mob which players can take back to their base.

There are around 35 color variants of horses aside from the skeleton horse. Despite them having the different appearance, their stats and use are the same. Which gives the question as to what is the best Minecraft horse there is. If players prefer appearance over utility or purpose, we highly recommend the standard pure White or pure Black horse. It gives you a unique feeling of being a knight or a dark knight. For cute horses, a horse with white stockings or spots is highly recommended. It gives a friendly appearance to your horse. Lastly, if talking about utility or usage, a Skeleton Horse is recommended. Skeleton horses is one of the fastest mounts in the game. They also have a higher jumping height and can be ridden in the water of any depth.

Below is a summary loot drop when a horse is killed.

Like horses, Minecraft Donkeys belong to the Passive Mobs category. They can also be mounted by players but do not have an armor slot. Instead, players can equip chests in the donkey’s inventory. They spawn in groups of 1 to 3 and are found in plains, meadows, and savanna biomes. 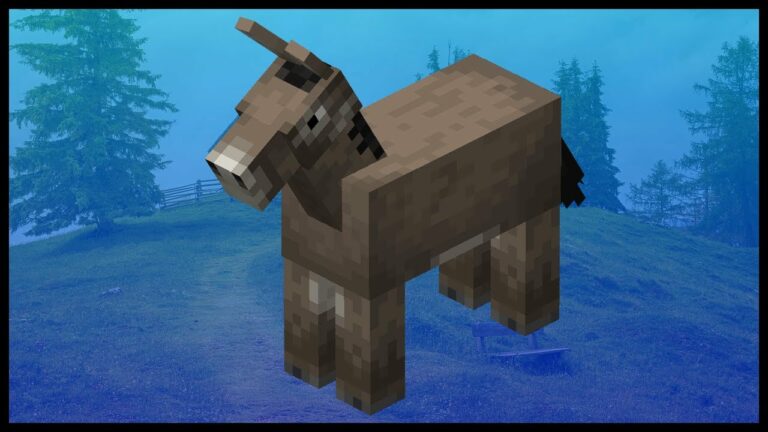 Donkeys are relatively smaller compared with horses. They can be distinguished from their long-standing ears and gray to brown coats.

Only adult donkeys can be tamed in Minecraft. Similar to horses, taming a donkey requires repeated mounting by the player. Donkeys will tend to buck off the player when mounted. Repeat this process until hearts appear in the donkey’s body indicating that it is now tamed. The success rate of taming donkeys is different for every donkey and player.

A tamed donkey can be saddled and mounted. Donkeys are considered as one of the fastest modes of transportation in Minecraft. Aside from mounts, donkeys may also serve as couriers or pack animals. They can be equipped with chests and pulled using a lead.

Below is a summary loot drop when a donkey is killed.

Mules are the offspring of a male donkey and a female horse. They share most of their physical characteristics with a donkey such as long ears, narrow hooves, and short manes. Its body structure, however, appears more horse-like. In Minecraft, Mules can only be obtained by breeding a tamed horse with a tamed donkey. 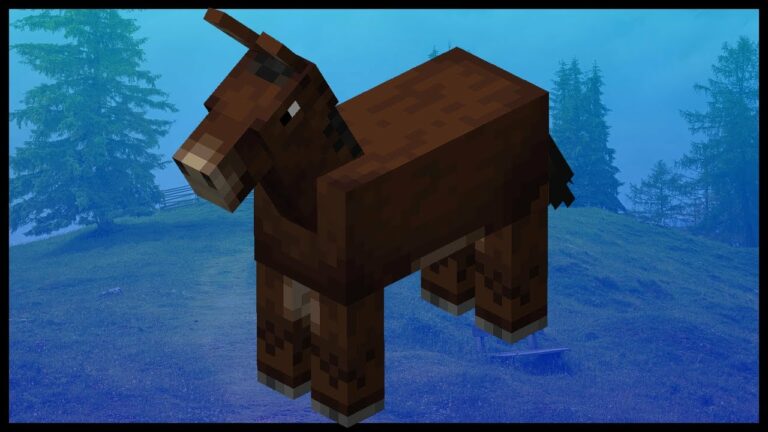 Mule body shape and height are much similar to a normal horse but its face shape, ears, and mane are more similar to a donkey.

Its usage in-game is very similar to a donkey. They can be mounted and serve as a pack animal by carrying chests just like a normal donkey. Its loot drop and EXP when killed are the same with both donkeys and horses.

Bovidae animals are a family of hoofed mammals with hollowed horns. They include the deers, antelope, buffalo, bison, goats, sheep, and cows. But we’re not here to discuss the Bovidae animals. In this section, we’ll cover two of the common bovid-like mobs in Minecraft; the Ravager and the Mooshroom.

The Ravagers of Minecraft

Ravagers are beefy (pun intended) hostile mobs that attack players in raid events. They have a bull-like body structure with a strange horned head. During raid events, ravagers spawn at wave 3. They attack any players and player-controlled players within the area.

Like aggressive bulls in spanish-style bullfighting, Ravagers will attack by ramming their horns to their target. Ravagers’ horn attacks cause a knockback of around 5 blocks to players when hit. They may also bite players during close-quarter fights. Ravagers can also break certain items when charging. This includes crops, bamboos, mushrooms, and other plants.

While it might be interesting to find and tame ravagers, player’s can’t do so. Ravagers cannot be tamed or mounted even when a pillager riding it is killed. Besides, there are no known hostile mobs in Minecraft that can be tamed to this date.

The second bovine mob to be discussed in this article is the Mooshrooms. Odd enough, Mooshorooms are cows with sprouting mushrooms on their back and head. Mooshrooms exactly resemble the physical stature of a common Minecraft cow such as its size, height, and shape. The only difference is its bright red or brown spot patches of mushroom growing on them. 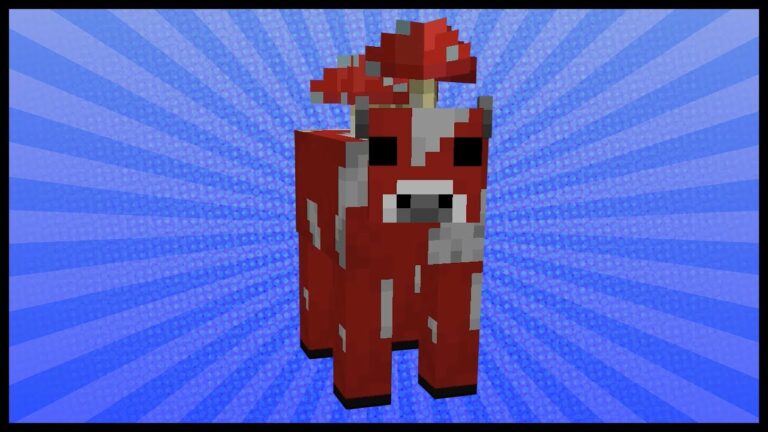 Mooshrooms belong to the Passive mobs category and can be tamed and bred. They spawn in herds of 4 – 8 only on islands with abundant mushroom biomes, which makes them one of the rarest mobs to find in Minecraft. Their appetite probably centers on the consumption of mushrooms, thus explaining the mushroom outbreak in their bodies.

The Brown Mooshrooms and Other Mooshroom Mechanics

By default, Mooshrooms are red when seen on their biome. However, Minecraft also adds a hidden mechanic for the Mooshrooms. A Mooshroom struck by lightning during a rainstorm transforms  into a burnt Brown Mooshroom. Producing numerous Brown Mooshroom with this method is quite hard, but players may also breed Mooshrooms to produce a brown variant. However, there is only a 1/1024 chance of producing a brown Mooshroom through breeding two red Mooshrooms.

Additionally, Mooshrooms can be sheared like a common sheep mob. Shearing a Mooshroom with a shear tool removes the attached mushrooms on it and transforms them into a regular Cow. Five red or brown mushrooms are dropped after the shearing process.

Below are the obtainable resources and requirements from a Mooshroom.

Utility Mobs are player-created mobs that serve and protect their creator. One of the two known Utility Mob is the Iron Golem which we’ll discuss in the following sections. Why not take a break and visit our Minecraft Name Generator for NPCs, locations, PCs, and pets? Our smart name generator is powered by AI scripts which provide users with unique name ideas and alternatives. Try it now for free!

The Minecraft Iron Golem is a strong utility mob created to protect and guard players and villages. They tend to attack any hostile mobs except for Creepers which may cause huge damage when triggered and explode within a village. Iron Golems can also spawn naturally (not created by players) usually in large villages. Iron Golems that spawn naturally on villages will tend to attack any mob that provokes or attack surrounding villagers– including the player and any controlled unit of the player.

How to Create Iron Golem in Minecraft?

Creating or spawning an Iron Golem requires a certain number of costly materials. To do this, players need 4x iron blocks and 1x Pumpkin. To start with, players must first craft four iron blocks. One iron block requires nine iron ingots placed on a crafting table. This means a total of 36 iron ingots is needed to fill the requirement of four iron blocks alone. Pumpkins, on the other hand, can be obtained by foraging them on grassy biomes.

To create your Iron Golem, simply place the four iron blocks in a T-shape pattern and place the pumpkin block at the top of the ‘T’. Iron Golems may also spawn with certain conditions on a village. The game computes the probability of spawning an Iron Golem depending on the number of villagers living in an area. These golems, however, are passive towards the players and will tend to attack if they tend to harm any villagers within the vicinity. 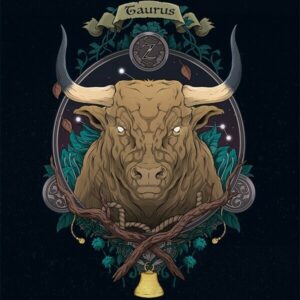 I am 25-year-old professional gamer and streamer, who has been passionate about online gaming for as long as I can remember. Growing up, I spent countless hours playing various games, from first-person shooters to massively multiplayer online role-playing games. 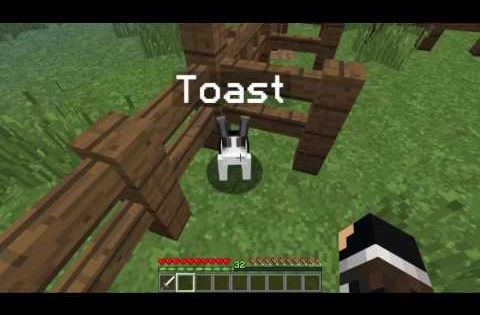 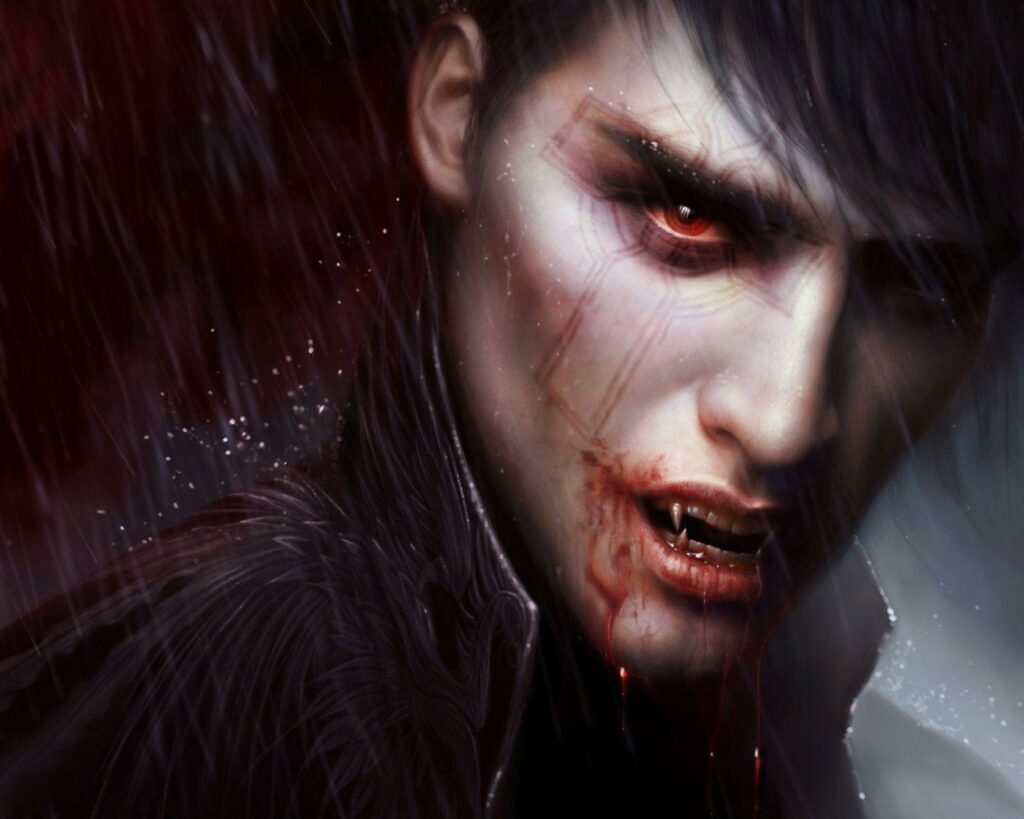